Okay, so then here is my singing story.

I was born in Santa Clara, Utah in 1950.
My parents both sang.
My father would soothe the cows temperament so that he could milk them.
(the cows took exception to my singing attempts while milking.)
My mother sang to entertain herself while working.
I Listened and learned.
We had an RCA Victrola in the living room with 78 and 45 rpm records and a radio.
I used it a lot and listened to the radio too.
The town I lived in had elementary school 1 through 6 grades.
With three teachers, 1 & 2, 3 & 4, and 5&6.
The 5th and 6th teacher was a man and the principle.
When I got to those grades it was taught by Arlo Hafen.
He said what one lacked in ability, one could compensate for with volume and gusto.
Everyone seemed to be musical.
His wife Ramona was my piano teacher.
We learned songs and sang for every occasion.
Church was one ward of the LDS faith.
We sang in Primary, Sunday School, Sacrament meeting, and other meetings.
Wednesday night was Mutual Improvement and the opening exercises always included song and song instruction and
plays with song were presented.
Every class group sang at Christmas, Easter, and on other occasions.
As a teenager, I even did a solo one evening of “Brother Can You Spare a Dime.”

I was a boy soprano.
And very good I think because people would turn around in church to listen to me and then tell me I was.
Once in a boys chorus, one of Arlo’s nephews (from a very musical family) said I was the best in the group.
He had a brother who had made a record with a group he was in.
And another brother with Downs Syndrome
He is the reason I don’t lead or direct music.
At 12, I was asked to direct the song in a meeting. Afterwards, this brother
informed me that I couldn’t lead. He was right. I couldn’t stay on the beat.
This boy was no dunce when it came to music.
Later in his life he attended the state school for the mentally challenged. While there he started a band.
He taught the other students to play the instruments and he lead them in some wonderful performances.

When I was 12 or 13, I was involved in a stake (a church term for a group of several wards-local units).
We were to perform in the St. George Pioneer Tabernacle at a stake conference.
(The Tabernacle had hosted the first Catholic Mass in St. George sung by the LDS ward choir under the direction of John Menzies MacFarlane, author of Far, Far Away On Judea’s Plains.)
Boys and girls from all the wards in the stake participated.
The director was a lady from the Gunlock Ward.
We had sung the song we were to perform through once and the director said someone sounded off.
We would sing it through again and she would listen and determine who was off.
We sang it again.
When done, all the boys around me pointed to me and said, “It’s Him! He’s off!”
The director said, “No, Jay was right on just two octaves below everybody else.”

And I had become a bass forever more. 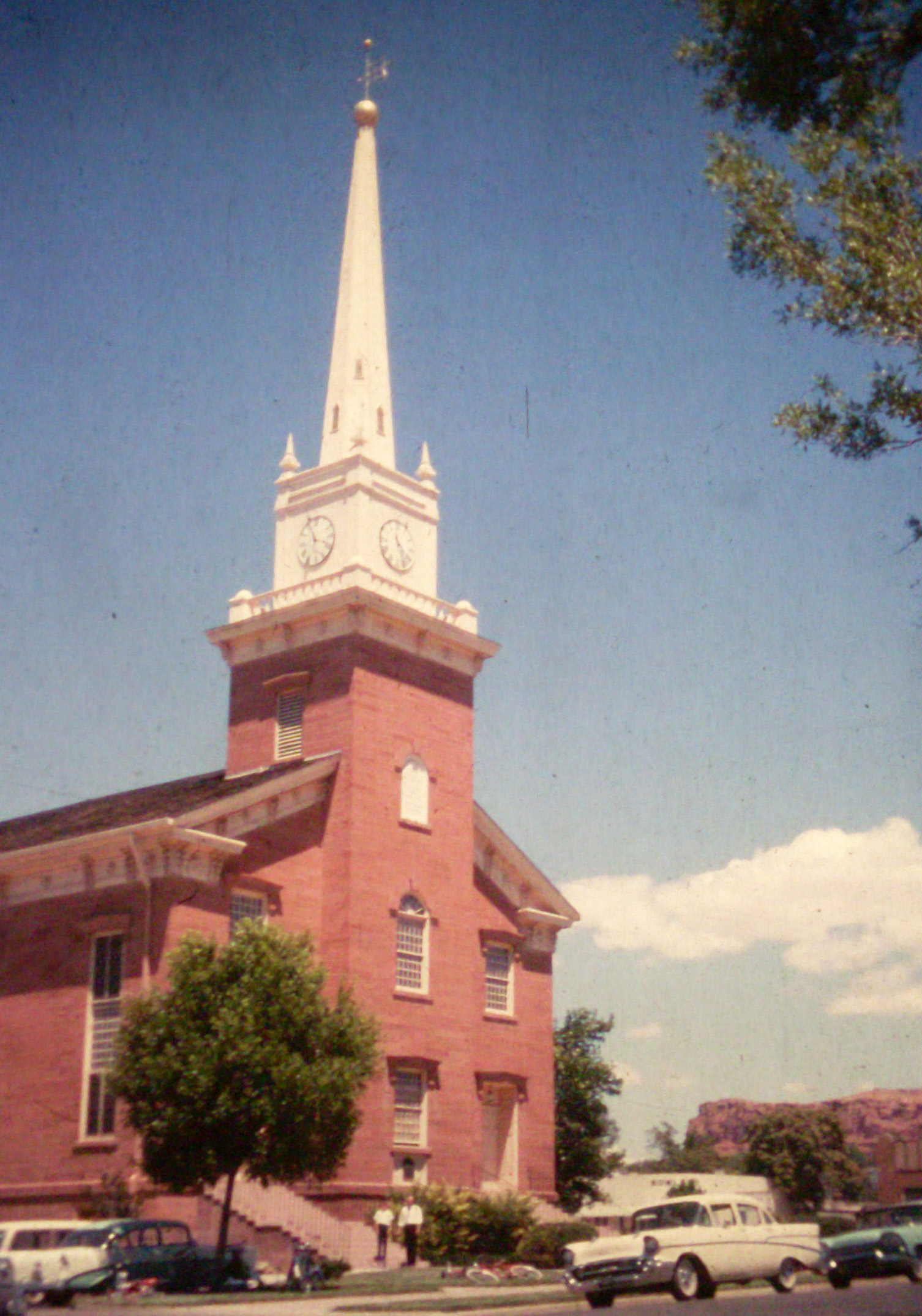